Dome of Visions began in 2012 when Martin Manthorpe / NCC Construction Denmark and Flemming Wisler / NXT visited the Peoples Meeting Dome on Bornholm at the Danish Folkemøde and met the architects behind it – Kristoffer Tejlgaard and Benny Jepsen. The temporary meeting dome, its construction, materials and function inspired the founders. In co-creation with the architechts, the curator Gry Worre Hallberg / SENSUOUS, small visionary citydevelopers and artists they created the first Dome of Visions.

Visit the site of the danish Dome of Visions. 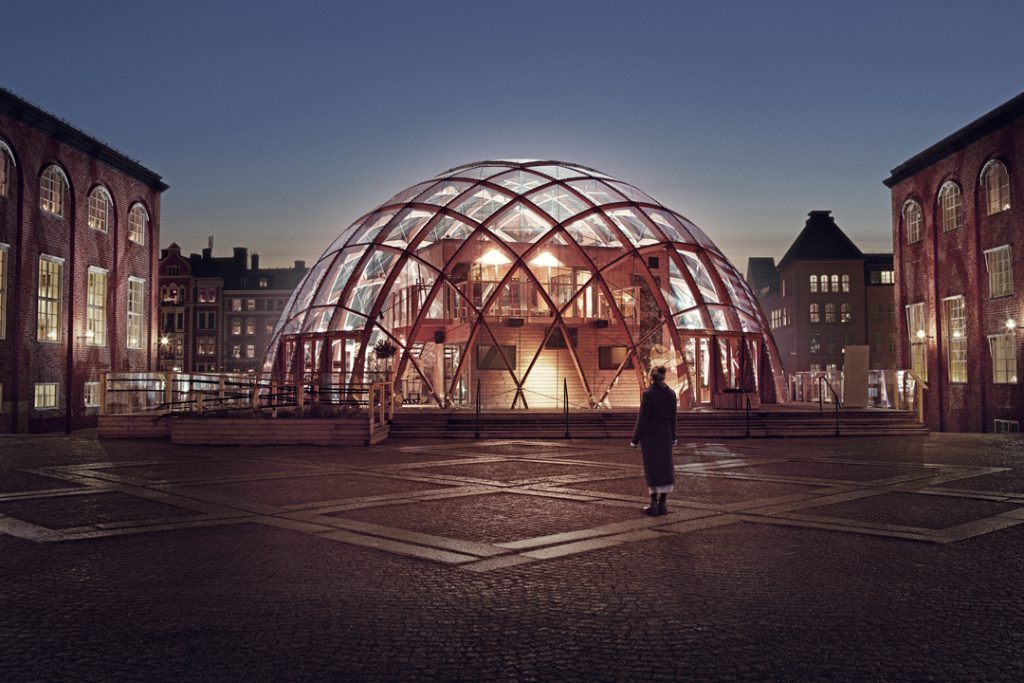 The second Dome of Visions was build by NCC AB in summer 2015 at KTH, Royal Institute of Technology, Stockholm. It was situated there until October 2017. From 2018-2020 it was situated at Lindholmsplatsen, Göteborg.

Visit the site of the swedish Dome of Visions. 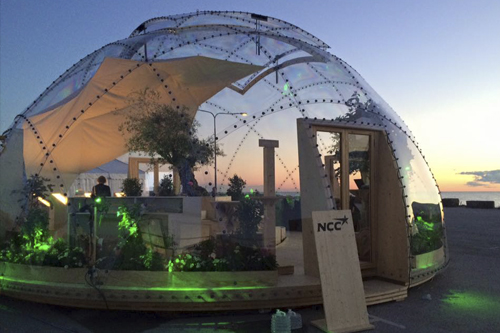 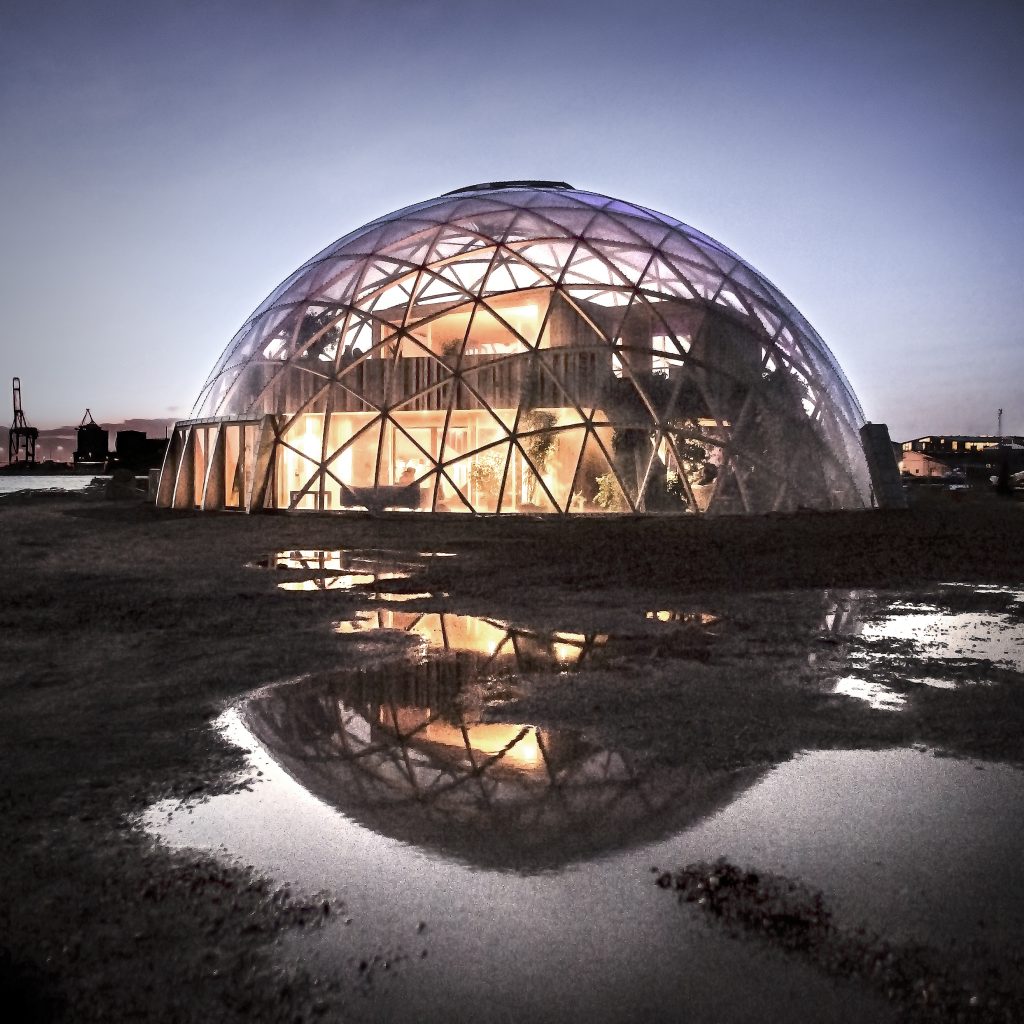