Skip to content
Dome of Visions is about action over talk, and is aimed at reaping new knowledge and experience in alternative designs, materials and ways of working together. At the same time, the Domes will show the way to new visions, by being the setting for conferences and debates about the sustainable cities and buildings of the future. 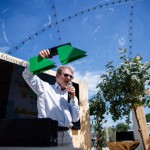 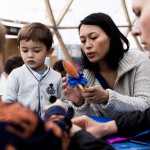 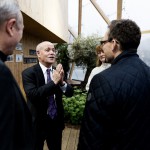 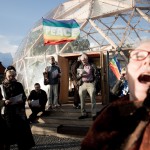 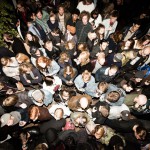 Dome of Visions offers itself to everyone ranging from underground movements to international networks. There will be performances, concerts, mini festivals, workshops, talks, dinners, and pop-up parties. The vision for the stage, or what could be called the artistic or cultural angle, aims at putting poetry and the sensuous at the centre of the experience. Occupying an empty space in the city, this temporary building allows the creation of a creative gap in the heart of the city, where artists, entrepreneurs, local enthusiasts, and international networks can meet and share their passions. Dome of Visions provides room for experiments on a large scale. New worlds can be sought and found; great visions can be unfolded and manifested.